Colorado’s flag is pretty good: a fairly classical stripes-of-color design with a central thingy to give it some individual character… and that thingy isn’t their damn state seal.

I almost left it alone, except for one thing. That central thingy is a C for Colorado. That violates one of my rules, which is that it’s OK for flags, to be red, but flags shouldn’t be read. 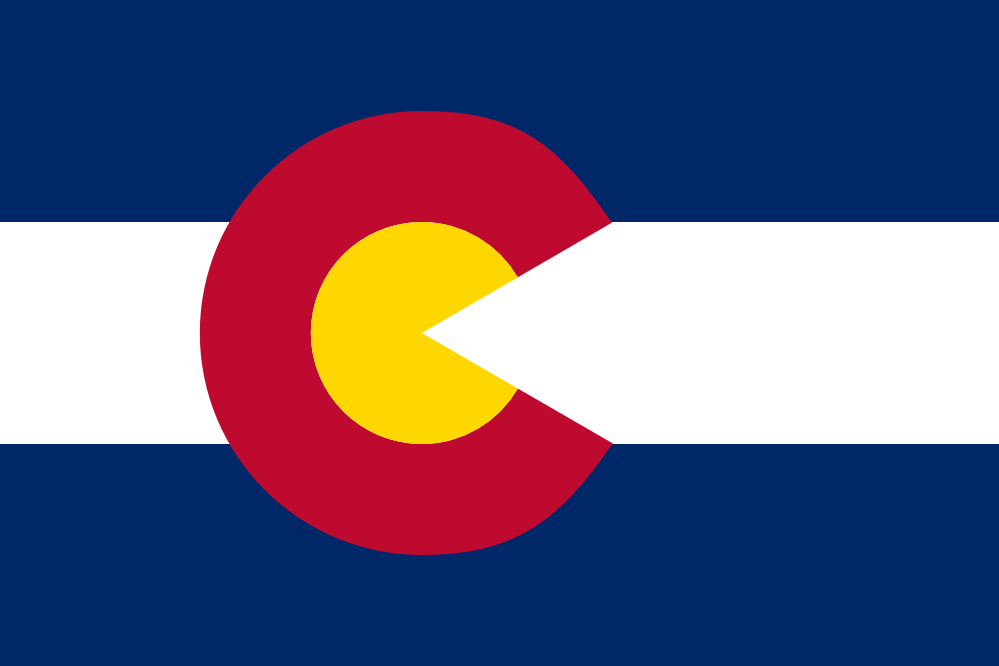 But since it’s otherwise a fairly good design, I left it alone and merely modified the central thingy into something that might not be a C, depending on how you look at it. I’m not sure what else it would be (hint: it’s Pac-Man), but that’s OK, because flags can – and should – be abstract.